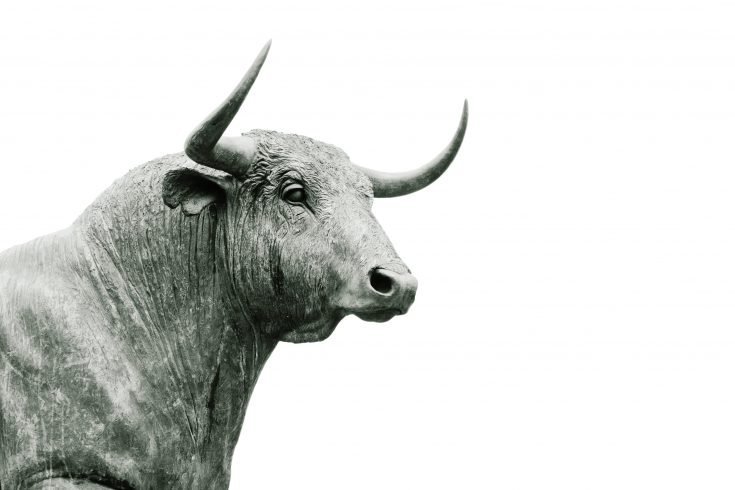 Sun’s entry into the sign Taurus, or Vedic Vrishabha, is also known as Vrishabha Sankranti. If you are interested in the mundane aspects of the Sun’s entry into different signs checkout Visti’s Rama courses [link].

Vrishabha or the bull is a well-known symbol for the second Zodiacal sign. But how much of knowledge has been hidden under this, at first glance, simple depiction?

Pandit Sanjay Rath said that the word symbol we can examine as Karaka, a doer. So, the symbol of the sign will show us the traits of the sign. For example, Taurus is symbolized by the bull, and as such can indicate one who is firm and determined, well built and strong, with high endurance power. As the second sign of the Zodiac, it maps into the 2nd house that is the first of the Artha trines that have to do with wealth, hence major Dhana (or wealth) yogas are involving the 2nd house or the 2nd lord. On the Tatwa (elemental) level, this is the first of the three Prithvi or Earth element signs, and people indicated by the sign Taurus can be very practical, have a good understanding of wealth, which also implies the necessary knowledge or skills for its creation.

As Venus is the lord of the sign, Taurus has to do with beauty, art, and harmony; as Mercury is the 2nd lord from Taurus, Taurus can give very a melodious voice, strong family concept and being lorded over the by Moon as well, it can indicate precious gemstones (Moon is the karaka for the gemstones); as the longevity-exaltation sign for Rahu it gives longevity, and being a night sign, Taurus can indicate mantra knowledge. This is also the debilitation sign for the longevity of the Ketu, Ketu is the Moksha karaka and as such, it can feel defeated when forced to deal with the topics of wealth, sustenance, though it is protective of the family as Ketu himself is known as the Kula devata or family deity.

Just like the other Zodiacal signs, Taurus can also be divided into smaller parts based on the planet lording the sign. In this manner, the whole sign can be divided into 6 parts, which in degrees would be 5 degrees each. Each part is the different part of the bull that will indicate different traits inside of the same sign. The depiction, as well as interpretation for each of the twelve sings, can be found here.

* Satwa planets look up, always looking for the higher knowledge; Rajas planets look straight or ahead, and in this context, they can show thinking or deciding; Tamas planets look down and planets in this portion of the sign can indicate the aggression of the bull, somebody who is ready for the fight.

Shri Krishna is known as the god of compassion, tenderness, and love and is one of the most beloved Hindu gods. He is also known as Govinda “chief herdsman”, and Gopala “Protector of the ‘Go'”, which means “Soul” or “the cows”.

Vishnu’s avatar Sri Krishna was born as Taurus (Vrshabha) Ascendant in the last portion of the sign, indicating the head of the bull. This portion can be both brain/intellect or the horns, but with Satwa Moon on the ascendant, it indicates the head with the symbolism of knowledge and intelligence.
Still, he was known as a fierce warrior, slayer of the demons, and the Avatar of the Kali Yuga. Note that the Moon here is placed in the hump portion of the bull indicating somebody who can carry the burdens of others.

Whilst reading the other life events, one should examine the whole chart. As an example, an important parivartana yoga including the ascendant lord in the 3rd house, and 3rd lord on ascendant explains his fierce battles with many demons and enemies and his crucial role as a charioteer during Mahabharata (Venus and Moon form Yanavantha yoga).