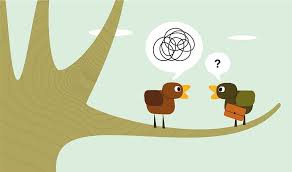 Mercury goes retrograde three times a year, and buckle up, it is that time of year starting from today!

For those who are new to astrology, here are few words on what retrogression really means. All planets go direct/forward around the zodiac, but sometimes, when our earth overtakes them on the zodiac-track, they appear to move backwards. The Sanskrit word vakra (वक्र) means retrograde but also crooked, curved, bent, cunning, dishonest, etc. and with that, retrograde planets bring somewhat unexpected results, throwing us curveball’s (literally) and challenge us, all under a banner of their own significations. Malefic’s become even more malefic whilst benefic’s are generally praised as being stronger benefics, but don’t get fooled by it.

Mercury is a planet of communication, speech, education and learning, the written word, intelligence, growth, business skills, etc. When it comes to retrograde Mercury, we should be careful with all forms of communication, both oral and written. Suddenly jokes and wits can come across offensive and might not be understood. We are more prone to conflicts and arguments. Avoid doing important paperwork at this time or starting important projects that require the same, and if forced to, think three times before acting. Mercury is a rajasic planet representing the monetary system at large, transactions and all forms of transport of information and money. Be careful at money speculations and stocks. And finally, avoid being trigger happy on your smart phones and computers and don’t take things to personally, we are all in the same booth.

Without a doubt, Mercury’s retrogression will have different impact on lives depending on individual horoscope. We learn how from its stationary position, the position it takes just before becoming retrograde, and herein we are concerned with the ninth divisional chart, the Navamsha. Mercury becomes stationary in Cancer Navamsha. Hence the retrogression will benefit people with Cancer in their quadrants or trines to their ascendant, e.g. Aries, Cancer, Libra, Capricorn, Scorpio and Pisces.

For those whom Cancer is a Dusthāna, this can cause some problems, e.g. Leo, Sagittarius and Aquarius. We should add Taurus to the picture as well. For the remaining ascendants the effects may be neutral.

“The single biggest problem in communication is the illusion that it has taken place.” ― George Bernard Shaw, Leadership Skills for Managers