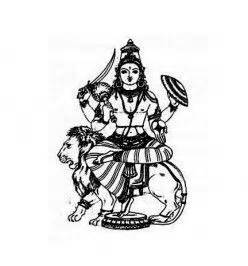 Parashara describes Mercury as a giver of speech. He possesses attractive physique and ability to make fun or to speak words having double meaning, sense of humor, he has a bland of all three doshas.

In the planetary cabinet Mercury represents a prince or successor to throne, hence in terms of politics, Mercury will represent opposition. In society, Mercury represents youth, young kids during education, and before puberty. Just like children, Mercury carries the tendency to imitate the nature of the other planets he is conjoined with, hence can be a strong benefic or a very unpleasant malefic in ones horoscope.

Mercury is lording over Gemini and Virgo, two signs naturally residing in 3rd and 6th house. These are upachaya or growth houses, and with that Mercury is responsible for growth and development. This also brings about intricate relationships that Mercury is having with Venus and Ketu (lording the sign of its debilitation), and Rahu (lording the sign of Rahu’s exaltation and multrikona (Gemini & Virgo). Being the lord of Rahu’s exaltation and mulatrikona signs it shows how Mercury is the playground for Rahu’s master plans. Being rajasic by nature, Mercury is signifying money, profession and all such things which Rahu can use to fulfill his internal desires.

Mercury’s day is Wednesday, number is five and his color is green.

Symbols and objects: toys, paperwork, information’s and stock market, newspapers, as material plastic and bras as well as all other mixed materials, fruitless threes, etc.

Professions such as: writers and journalists, all sales jobs as well as marketing jobs, translators, sportsman (as type of game), information desks and receptions, acting and other such professions where imitation and play is involved, comedians, etc. In professional sense, he represents business and its partners.

Mercuries gemstone is green emerald and is often advised for monetary matters as well as those under studies, but is known to adversely affect all relationships or Venus related issues, hence is not recommended during the first marital year.

Mercury as a benefic will give a very pleasant conversationalist with good sense of humor. He gives very youthful appearance (good looking skin) and in case such Mercury is associated with the ascendant or Moon, can also give fresh mind, curiosity and openness to new ideas and concepts.

If afflicted by Sun, Mars or Ketu the native may show complete disinterest in education. So also if the mentioned fiery malefics are associated with the fourth house.

When afflicted by the airy malefics, Saturn and Rahu, Mercury will make one very controlled under distress, make a good/cool driver and experts in dealing with chaotic or disturbing circumstances. However in all cases of affliction will cause dissatisfaction with appearance and a desire to change the body or appearance significantly. If such an instance is also associated with the Janma Vighatika Graha, then this change may be a change of gender! If not then the change is merely superficial.

In all cases of afflicted Mercury such people take excess responsibility becoming the center of attention in any project and the recipient of chastisement as a result. They tend to be ‘go-getters’ seeking to pleasure their peers but are always passed over in favor of undeserving others.

Afflicted Mercury is always suffering under the domination of another person, be it boss, a parent, spouse or someone else, depending on the placement and lordship of Mercury. Remedies consist of worship of Sri Rama, Sri Krishna or Sri Vishnu depending on whether Mercury occupies the first, second or third drekkana (10 degrees each) of the sign it is placed in. Preferably the worship of benefics joined or aspecting Mercury are augmented as well.